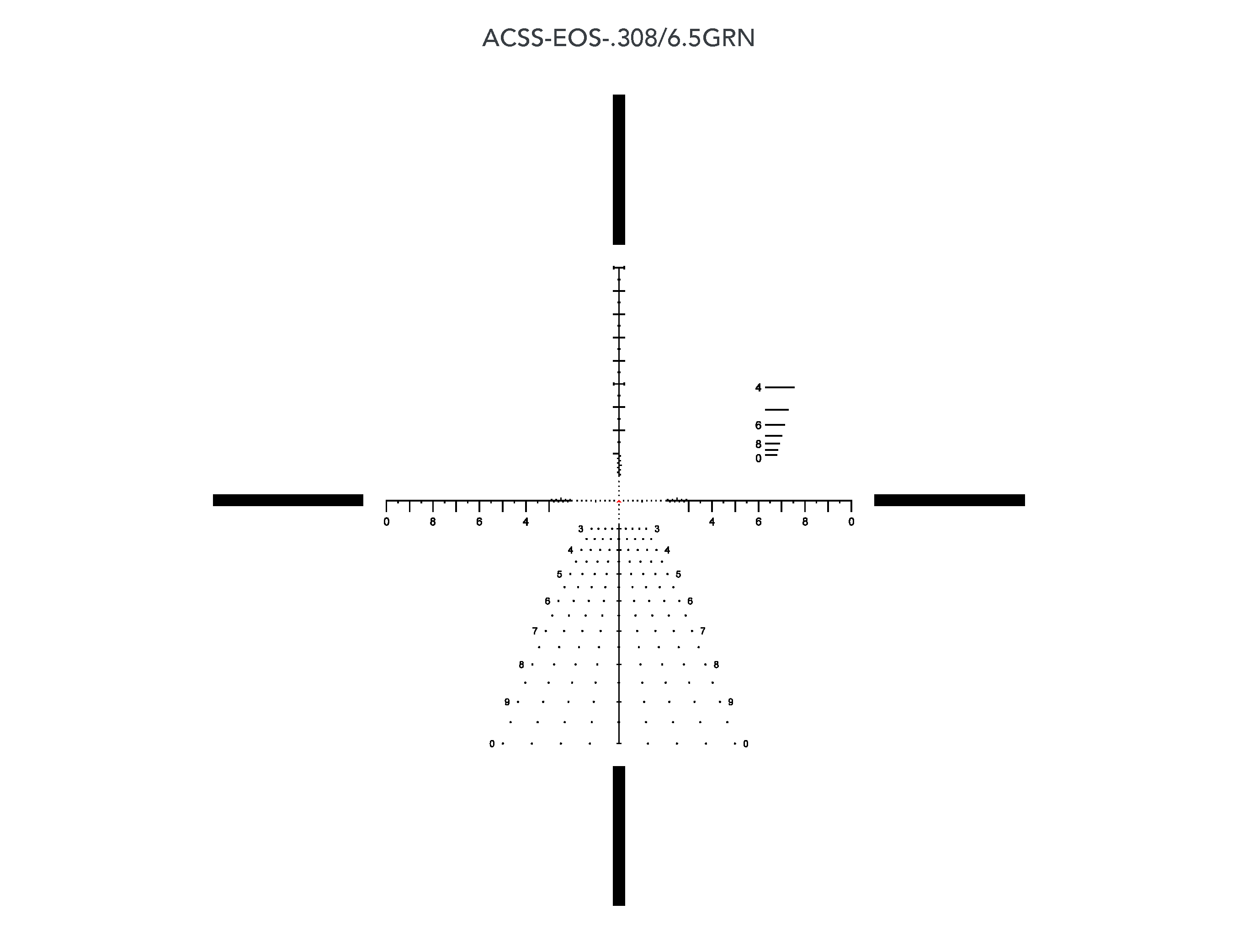 ACSS Eos is a revision of the ACSS Apollo 6.5 Creedmoor reticle. ACSS Eos is calibrated for precision shooters with rifles chambered in .308 Winchester or 6.5 Grendel. Bullet drop compensation is provided out to 1000 yards, with wind hold leads from 5 to 20 mph. An ACSS ranging ladder is located to the right for vertical and horizontal target ranging. ACSS Eos is a tremendously versatile and powerful reticle, giving shooters the ability to range and engage without ever doing math or counting clicks on the scope.